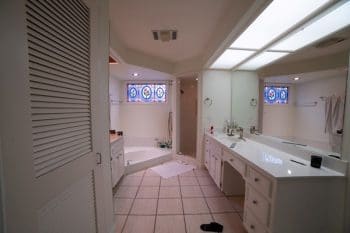 Dale had a traditional bathroom that need updates. The old bathroom featured two long vanities, sunken tub and typical, enclosed shower. When it was time to remodel he created a more spacious, modern design with lots of impact. 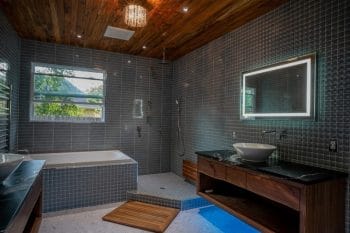 The window was enlarge to allow more light to flood the room. Mirrors with built in lights and under the cabinet lighting provide a dramatic effect. The chandelier bestows additional lighting and accents the wood ceiling while adding it’s own charm. 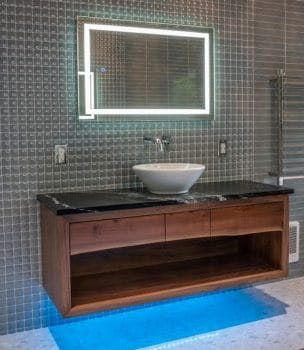 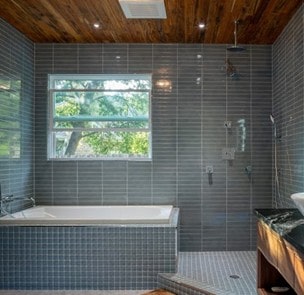 The tub became a part of the wet area which allows for an open shower. Isenberg faucets fill the tub and provide a luxury shower. For the tub, Serie 100 | 100.2691 a wall mount tub filler includes the hand shower. The 12″ ceiling shower head,  wall mount shower and hand shower are all controlled with a 3/4 thermostatic valve and 3 volume controls.

What a beautiful bathroom!

Please Send Us Your Pictures
We would love to inspire others with your bathroom design!